Cheese vs. Cheese Product: The Difference Between Real and Fake Cheese

One of the things that surprises me is that a lot of people don’t know that there’s a difference between cheese that’s been aged for a year in Italy and the square cheese that’s wrapped individually other than the price. Many people still think that Kraft and Eden sell real cheese, but really, this is what’s called cheese products or processed cheese. And contrary to how they market it (which is really crossing the line of illegal false advertising, in my opinion), it isn’t real cheese.

What Is Processed Cheese?

Processed cheese is a product made from cheese and other dairy ingredients and by-products, but that’s not to say it is real cheese. It includes emulsifiers, vegetable oil, salt, sugar, and food coloring – ingredients which are not allowed by the Food and Drug Administration (FDA) on products that are sold as real cheese.

While genuine cheese dates back to 5,500 BCE, processed cheese was invented in Switzerland around 1911. It was made to have a longer shelf-life, resistance to melting, and have a uniform look compared to cheese’s natural texture and appearance. Unlike some cheeses that take almost a year to age and are expensive to produce, resulting in high costs, processed cheese is quickly mass-produced and is therefore more affordable.

Its resistance to melting means that it can be cooked, but the actual cheese does not separate. When you look at mozzarella sticks, you can pull apart the cheese into gooey strings, but singles American cheese doesn’t separate. Heat also doesn’t affect the flavor or texture.

Is It Legal to Sell Cheese Products and Advertise It as Cheese? 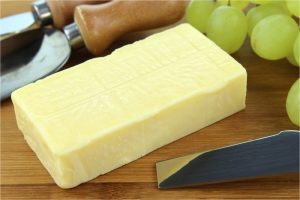 So, if it’s not real cheese, is it legal for dairy companies to be advertising it as cheese? Well, the FDA has certain rules about it under their code of federal regulations, but when it comes to advertising and marketing, as long as companies are following the rules, they can trick people into thinking a certain way. It’s like how shampoo companies advertise better hair, but then add a small, quick disclaimer at the end of a commercial or at the bottom of their posters that results may vary.

Is It Still Cheese?

Processed cheese is not totallyreal cheese. While it’s made of cheese, around 50 percent of its compositions are non-cheese ingredients. When it’s processed, the actual cheese has changed in flavor and texture, so it’s not the same thing.

If you leave a slice of American cheese out for weeks, it will change color and curl, but it’s not going to mold because the dairy and bacteria in cheese and cancelled out by the other ingredients that preserve processed chees and give it a longer shelf life.

Real cheese is derived from milk, milk fat, and enzymes such as rennet to cause coagulation. While the process for different types of cheese vary according to the location, content, and ingredients such as spices, they all have a similar process that makes it genuine cheese.

Cheese has high contents of fat, protein, calcium, and phosphorus. It can be hard, such as parmesan, or soft such as brie cheese. Unlike mass-produced process cheese, some cheeses can be very expansive. The pule cheese, for example, cost around $600 a pound and is the most expensive cheese in the world. Unlike processed cheese, cheese goes through a long process of curdling, curd processing, and ripening, though some variants require additional steps.

If we’re talking about health benefits, food technologists can lower the fat amount in processed cheese and then artificially add the flavor, texture, and taste back. It’s not the same, but if you’re counting the amount of fat you’re taking in, this could be the ideal choice for you. Processed cheese made to be “lighter” than real cheese has fewer calories. However, it is adding a lot of additional ingredients and preservatives to make it last. 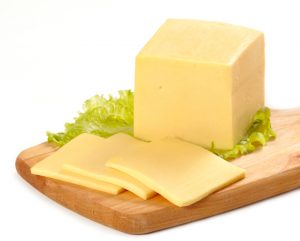 It’s fine to eat processed cheese even if it’s not the real thing, and it wouldn’t be on the market if it were harmful. However, it’s all about balance. You don’t want to eat processed cheese (or even real cheese) every day in the same way you know drinking soda every day is unhealthy. It’s not the healthiest thing in the grocery, but by taking it in moderation, you avoid the risks of consuming too much calcium and fat in your diet.

And while real cheese has better flavor and texture processed cheese cannot have, having too much of it is also unhealthy. The curding process leaves it with a lot of microorganisms that are good for your digestion, but you cannot eat it everyday without it having a negative effect on your digestive system.

So, the next time you go to the grocery and pick up a pack of cheese, be sure to read the label. It could be real cheese that offers good bacteria, better flavor, and a unique texture, but at a higher price. Or, it could be processed cheese which, though lasts longer and can offer modified fat content that real cheese can’t provide, is a lot more affordable and can withstand heat. Either way, consume cheese in moderation and enjoy the cheesy flavors both have to offer.