Dining Etiquette in Foreign Countries: The Dos and Don’ts of Eating Out

As Americans, it’s easy to remember some basic dining etiquette we practice in both casual and fancy restaurants. Keep your elbows off the table, don’t slurp your soup, use your utensils when it applies, and try to tip your servers at least 15 to 20 percent of your total bill. However, other countries may have more dining rules we’ve never heard of or are completely the opposite of the etiquette we were taught. And failure to know these rules when you’re abroad and eating publicly could offend someone.

You wouldn’t want to unintentionally offend anyone while you’re abroad, so take note of these dining etiquette tips before you travel.

Contrary to what we were taught about eating our food quietly, making noise while we eat our soup and noodles shows appreciation for the chef. The louder, the better, and you can also drink your soup directly from the bowl since using spoons are uncommon. In China, it’s alright to make your table a bit messy, but in Japan, however, don’t overdo it. Make some noise, but don’t eat like you weren’t taught proper manners. 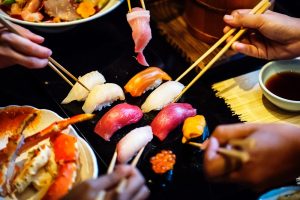 Never cross your chopsticks because it’s bad form. Licking or cleaning bits of food stuck to the chopsticks with your mouth is impolite and unhygienic – you wouldn’t lick your spoon clean in front of your guests, would you?

Don’t stick your chopsticks upright on a bowl of rice. This is something they do when they present food to their deceased during funerals, and the image of chopsticks on rice could remind them of incense sticks lit during these funerals. Speaking of funerals, avoid passing around food with your chopsticks. In Japanese funerals, family members pass around the deceased’s bones to an urn using chopsticks. If you want to pass food around, put it on a place and hand it to your guest.

Japan (and other Asian countries except for the Philippines): Don’t Tip the Waiter

While it’s common for us to leave a tip to show our appreciation for our server’s service, don’t do this in Japan. In other Asian countries, tipping is just not a tradition the way we have it here, but Japanese people are very proud and have important notions on their honor. Giving a tip is like telling the server that you pity them for their job, it looks like their job isn’t paying them well, and you’re giving them money because you think they need it more.

Some of them who have already experienced handling Western tourists know this is common and will take it (though they won’t exactly appreciate the gesture), while some will explain why they can’t accept it. However, those who can’t speak English may not be able to explain why.

Several countries like Japan, the Philippines, and Thailand have street food vendors where they give you food, you dip your food in a large container filled with sauce, and then you finish your food. However, some people tend to take a bite, re-dip their food, and eat. It’s like double-dipping your nachos: it’s unhygienic putting food that’s already touched your mouth back into the sauce.

India: Eat with Your Right Hand 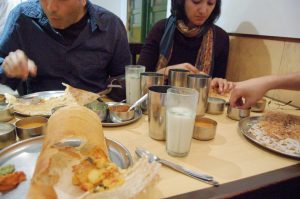 Most of Indian cuisine – as well as some cuisine from the Middle East and Africa – isn’t eaten with utensils, so you’ll have to eat with your hands. However, avoid touching your food with your left hand. It’s considered unclean and rude to do so.

When you’re eating with your friends, it’s common for all of you to split the bill and pay only for the food you ordered plus contribution for the service charge and tip. However, in France, if the people you’re dining with or the other customers see you trying to split the bill, they’ll think you are unsophisticated and lack manners. You or a guest will have to pay the entire bill; according to etiquette, it’s usually the person who invited the group out to eat.

France: Use Bread as a Utensil 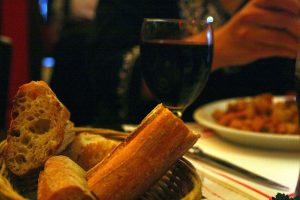 When restaurants in France offer you bread, it’s not meant for you to snack on while you wait for the food you ordered. It’s supposed to be a utensil. When you eat, you either have the option of using a fork and knife or a fork and bread. Tear a piece off the bread and use your fork to lead your food to the bread and then eat it from there.

Instead of biting directly on the bread, tear a piece off it and eat that piece. If you’re not going to use it, leave it on the table, not on your plate.

Mexico: Eat with Your Hands

A lot of Mexican cuisine is edible with your hands, so don’t ask for utensils in a restaurant. Otherwise, you’ll come off as someone trying to be posh and snobby.

Chile: Don’t Eat with Your Hands

This contrasts with Mexico’s rule: eating with your hands is ill-mannered. Touching any food with bare hands – even finger food like fries and pizza – is a sign of poor manners. 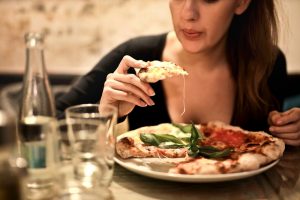 Servers in Italian restaurants in the United States won’t blink twice when you request for more cheese on your pasta, nor would they feel offended when you’re the type to ask for a large amount of shredded cheese on your dish. However, authentic restaurants in Italy will take offense at this. While Italy is known for creating some of the best cheese in the world, unless you’re offered cheese with a dish, it’s bad manners to ask for cheese or put extra cheese on your pizza.

And don’t think about adding it to your seafood dishes. Seafood is supposed to be salty already and adding more cheese will just make it even saltier and change the flavor the chef wants you to taste.

Unless the server already placed salt and pepper on the table, don’t ask for it in Portugal restaurants. The chefs there take offense to customers who ask for it because it’s a way of saying the chef has poor taste and did not season the food properly. Instead, eat it as is.

Use a fork to push food into a spoon, never directly into your mouth. This is the common practice there and doing otherwise seems unnatural for locals. Also, while the country is Asian, they do not use chopsticks for their cuisine and consider foreigners who use them as tacky.

China: Make a Mess on Your Table 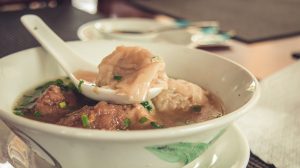 To be a gracious restaurant customer in China, be the exact opposite of what you were taught was etiquette. Belch and leave a mess on your table, because it’s a sign to your chef that they did a good job and you were satisfied with the meal.

Whether you’re eating out or are invited to eat in someone else’s home, you have to leave a bit of food leftover on your plate. A clean plate is an insult to the chef or the host saying they did not provide enough food to keep you satisfied. Leftovers signify that they have provided more than enough food.

Russia: Rest Your Hands on Your Table

Never let your hands fall to your lap because it’s seen as impolite – always keep them on the table, or at least at the edge of the table where it can be seen. Also, their utensils are reversed, so keep your fork on the left and your knife on your right.

Ethiopia: Eat from a Group Plate with Your Hands 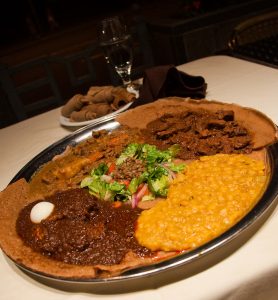 Ethiopia has had a history of famines and food shortages, so it is very disrespectful in their culture to waste food or leave leftovers on your plate. It gives the message that the food is so bad that you’d rather waste food than eat it. Individual plates are also considered wasteful, so groups should eat from a large single plate. There is no cutlery provided, so you have to eat with your hands.

Italy: Do Not Cut Your Spaghetti

It’s bad form to be cutting spaghetti and eating it with a spoon when it was made to be long. Spaghetti has to be twirled around your fork until it’s around the size of a ping-pong ball. There will be spaghetti still hanging loose, but Italians are fine with you slurping it in – just avoid making loud noises.

A lot of these rules might have surprised you. Some of these rules might seem new, contradict each other, while some go against the manners you were taught at an early age. But while you’re in a foreign country, it’s important to respect their culture and traditions, which means practicing these manners when you eat.